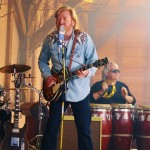 Ellory was first published in the UK in 2003, and has now released fourteen novels. Winner of thirteen international literary awards, his books are available in twenty-six languages. Having sold in excess of six million books worldwide, he continues to publish annually and spends a considerable amount of his time travelling. Booksigning tours and literary festival appearances have taken him to more than sixty cities in twelve countries. Ellory has presented documentary pieces about his work for Channel 4 and the BBC in both Georgia and Washington DC, and represented the UK at the European Writers’ Parliament in Istanbul, Turkey. He has made television appearances on France 1, France 3, and been a guest on ‘Le Grand Journal’ with Antoine de Caunes. He has accumulated extensive newspaper and magazine coverage, and in 2012 was voted one of the thirty men ‘who will influence the future in the arts, media, politics and sport’ by GQ magazine.

He has performed musically at book launches in Holland, and has played live on Italian national radio. He is represented for film in the UK, USA and France and has three ongoing film adaptations. He and Fabrice Colin have also released a graphic novel (‘Chicagoland’) in France based on a trilogy of Ellory’s short stories. 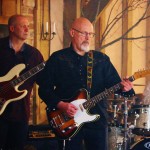 After entering the business with his first band ‘Charlie’ in 1974, Martin went on to tour with, record and produce many different artists including ex-Bowie drummer Woody Woodmansey and Aerosmith guitarist Rick Dufay. He also worked with Brian Johnson (AC/DC), BA Robertson, Mike Rutherford, John Wetton and many more. Martin was the last touring bassist with Electric Light Orchestra in Europe and the United States. With writing partner Dominic Glynn he completed his first compositional project for Chappell Music Library in 1991, and now – as a writer for Universal – Martin has maintained a very successful career with countless usages around the world, including film soundtracks, television theme tunes and advertisements. 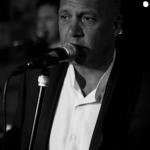 Having accumulated considerable experience in the music industry as an A&R Assistant for EMI, Rob was recruited into the ranks of touring musicians by his brother, Larry, who had been working with The New Seekers. Rob cut his teeth touring both the UK and Australia, and a stint with Paper Lace was soon followed by a collaboration with Jamie Moses (Queen & Paul Rogers) and Graham Walker (Gary Moore) for the hugely popular outfit, ‘Up All Night’. Rob has toured and performed in France, Italy, Spain, Germany, Switzerland, Portugal, Bahrain, Hong Kong, Egypt, Kenya and many other countries with the likes of The Tornados, Tony Hadley, Mike Berry, Lenny Henry, John Miles and Alexandra Burke. 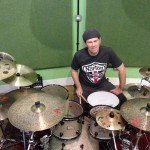 Pots and pans and broken cutlery gave way to real drums in his early teens and he joined his first professional band, ‘The Telegents’ in 1981. A quirky post-punk band, they recorded two singles, and played major venues in London alongside acts as diverse as Blancmange and Screaming Lord Such. A meeting with singer/songwriter Darren Hatch, son of Tony Hatch and Jackie Trent, prompted Roger to joined Darren’s funk/pop band ‘i2i’. In the late 80s Roger toured with Italian band, ‘My Mine’ (later called BlackBox), before working again with Darren in the rock/pop band, ‘B.Good’ and appearing regularly in and around London. Roger then returned to a lifelong interest in folk and blues, playing extensively with such acts as So Long Angel, The David Hay Band and The Fran McGillivray Band. Roger’s session work with Martin Smith (formerly of ELO), resulted in his meeting with RJ Ellory, and hence his addition to The Whiskey Poets line-up.